Back in the habit!

Sorry for my absence! I got caught up in life, between getting a new computer (yay for no more lost wireless connections!) and then getting ready for and going on

It was a nice, relaxing break from the stress of work... and the oppressive heat of Florida summers. We really lucked out; they were having highs over 105 for weeks on end until we arrived. The first day was around 95º, but then after that the temps dropped to the mid-80s. We even had one night dip down to 54º!

We left last Tuesday after work, driving seven hours to Tallahassee, and continued on to Missouri and got in just in time for a late dinner. Because I know setting up high expectations for vacations is never a good idea in terms of eating and weight loss, I decided I would not pay attention so much to my fasting (not like I was working out every day anyway), but I did want to keep eating real food. So in preparation, I packed my maple almond butter, Justin's Chocolate Hazelnut Butter, Triscuits, and a pack of "pancake" and "crepe" mix I made by combining the dry ingredients of the whole-wheat-no-white-sugar recipes I have.

I have to admit, I did pretty well with the food, EVEN WHEN we went out for ice cream, or ice cream bars were passed out for dessert. I did eat too much, but except for the night after I made my one exception for Sharky's Taco Pizza (which wasn't as good as I had hoped), I didn't feel physically bad about the food I had.

Now, back to the fun. Mr. Crabs and I rented paddle board for the first two days, and Grizzly decided to join us. 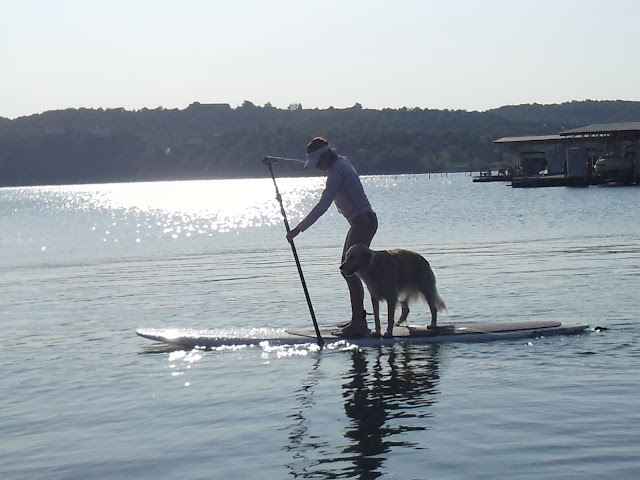 We had fun on the boards, on jet skis, and even playing Mexican Train in the evenings.

Today I was back at the box for the first time in a week, and we had some skill work in the warm-up (cleans in preparation for tomorrow's Gracie workout: 30 Clean & Jerk (135/95lb) - yikes!). It was tough, but I felt good during the WOD!

I made a quiche tonight and it was pretty scrumptious; I took pictures and hopefully can have a whole slew of food posts (I just found some artichoke pictures on my phone too...) this weekend. Now it's time to pack for the gym and work and lunch tomorrow!

On the minute for 5 min:
3 Power Cleans
3 Squat Cleans 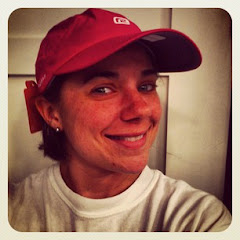